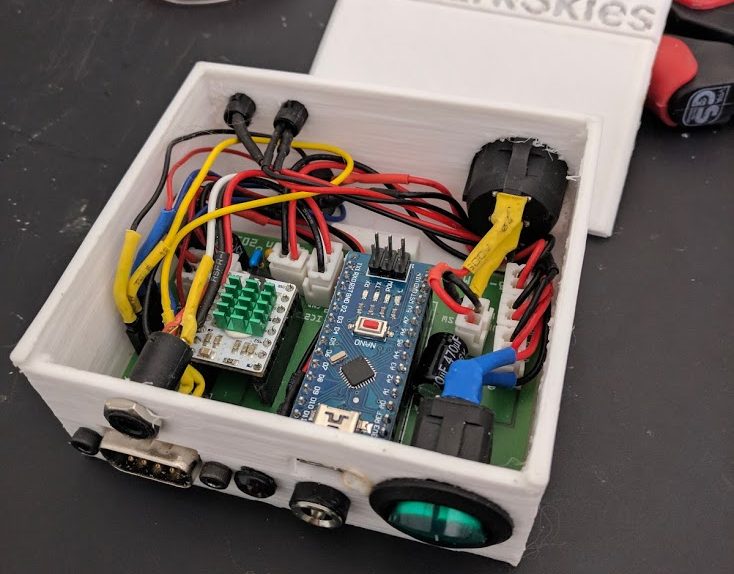 you haven’t heard from me for a while now. Those who do follow me as a person on social media or Discord did actually hear a lot since I have been talking about a lot of different side projects I am currently working on. With the relatively bad weather lately I had a hard time getting some proper imaging done and only managed one image in two months really. Alas, it turned out to be one of the best images I have produced to date.

So first things first and here is what you actually came for: 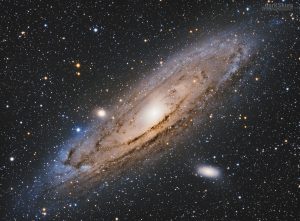 One of my better results for now with lots of integration time and a -in my opinion- quite stunning result. But this is not all, there is also a second image that I produced quite a while ago but had large trouble processing, but hell I’ll throw it in the mix too: 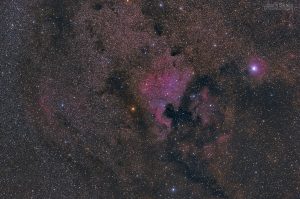 Now with that out of the way let me talk a bit about the side projects I have been working on in the past months. I started dabbing into electronics mostly by following some DIY projects and producing them. One of those was a DIY motor focus system for my telescopes. It’s based on the open source project myFocuserPro2. This was taking quite some time but I managed to build it and implement it on my scope with custom boxes, brackets and whatnot. This is how it looks like currently:

It works great with NINA and all of my focus woes are gone, including those that came from temperature drift and I don’t have to refocus the scope manually either. This is a great experience making things much easier for me and getting me one step closer to full automation. From the price side it was very cheap everything considered, even including a very strong NEMA17PG27 motor it breaks down to around $50 for the whole system.

I also bought all the parts for a DIY sky quality meter and going to build one very soon too. There is also a computerized dew controller which I definitely want and need before winter and freezing temperatures. Anyway, all of this made me think about how either project can be improved. Ultimately this led down a rabbit hole of starting to learn electronics and designing PCBs for me.

Long story short is that I am now working on building a consolidation project of the motor focus combined with the dew controller in one circuit. You might ask why? And the answer is very simple: it’s part of my overall electronics consolidation project that I have planned. The idea is to consolidate the Mini PC, WIFI Router, USB-RS232, dew controller, motor focus controller and power distribution into one single box. Yes. All of that, in one single box with just one input and several power outputs.

With that in mind I will have to rewrite the whole driver structure of the Motor Focus/Dew Controller, which will also take quite a while. I have already laid out plans how it will probably work but this will need a whole new development of everything altogether. But all of this effort is not in vain – for me. Because having said all that and done all that I have decided that I will design two systems afterwards which I want to try to market, one of those will feature 2 motor controllers and 3 dew heater outputs and the other will feature a single motor controller and 2 dew heater outputs. This will be a standalone device that should work with basically any motor using adapters.

So yeah, I have not given up on Astrophotography at all, and this is my current pet projects. With all of that involved I am also getting back into 3D printing and fixing up my printer and make it work properly again.

This site uses Akismet to reduce spam. Learn how your comment data is processed.